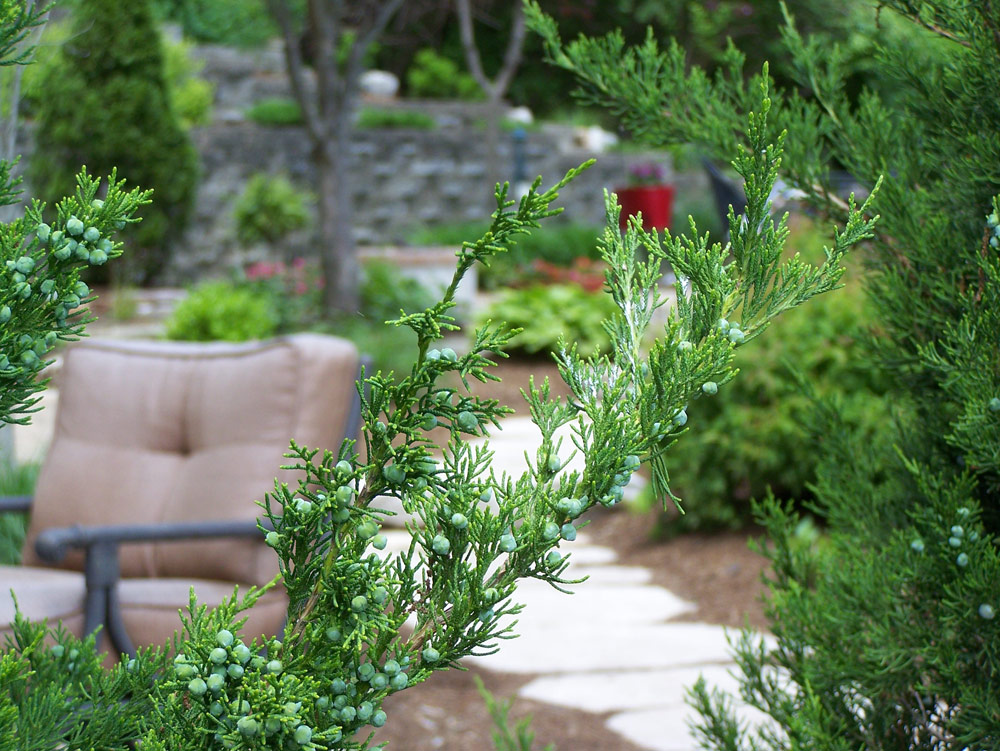 Not really- the Bradford Pear – Pyrus calleryana and all of its sister cultivars are proving to be a difficult habit to break for suburban homeowners.  I will grant you the tree does have some nice attributes, glossy leaves, bright white flowers and amazing fall color.  Certainly all characteristics which we place value in when we are choosing that special tree or trees for our own yards.  We, the horticulture industry, have gotten smarter over the years, realizing some problems with the ‘Bradford’ cultivar itself – mainly its propensity to split and fall apart after a heavy windstorm once they begin to mature.   We solved this issue with better branched cultivars, more open growing habits and less dense branching patterns.  No sooner than we resolved that weakness of the pear, we discovered another one  here in the Midwest.  All Callery Pears, Bradford, Aristrocrat, Red Spire, Whitehouse & Capital to just name a few are susceptible to Fire Blight. What is Fire Blight? Fire Blight is a bacterium which gets spreads at time of flowering between trees.  Starting on the East coast, fire blight has made its way to Missouri – a disease we rarely worried about twenty years ago.   Easy signs to recognize are wilted or brown/black flower structures which droop at the tips of the branches.  As the blight persists, the tree becomes covered with “burned” branch tips and leaves.  Ultimately spreading throughout the tree and killing it.  Control of the fire blight is difficult at best- the time to treat is at flowering- the exact time that our insect pollinators are busy doing their jobs at the very same time.  Argghh – bad news for one our most heavily planted ornamental trees.

Ironically perhaps, the Callery Pear was first brought to our country from China and Korea in the early 1900’s.  According to Dr. Michael Dirr, the Callery Pear was brought here in hopes of breading in resistance to fire blight for our fruiting varities of native pear.  As spring makes its long awaited return here in St Louis, keep a watchful eye out for the beautiful white flowering pears all across our town.  Notice where they are, so in another 6-8 weeks you can begin to notice the impact the fire blight is and will continue to have on our pears.  Fire Blight can attack all members of Rosaceae family: Pears, Apples, Cherries, Plums, Pyracantha, Roses, Hawthorn, Serviceberry, Quince and others. So it only seems logical that we look for other cultivars which have resistance to fire blight before this blight thing gets out of hand.

From bad to worse… as if the above discussion was not enough, with all of the pears being planted in suburban areas, open pollination of flowers between pear trees and pear cultivars have created a plethora of fruit for our birds to enjoy in the winter time.  The resulting dispersal of pears seed indiscriminately across open fields and right of ways has introduced a new invasive species into the Missouri landscape.  These pear volunteers are colonizing highway right of ways in St Louis County and out state Missouri alike. So much so that the Callery Pear has appeared on the list of non-native plant species threatening the Mark Twain National Forest.  As the pear volunteers spread, so does the fire blight – so will the impact on our native forests and urban landscapes alike. Arggghhhh! 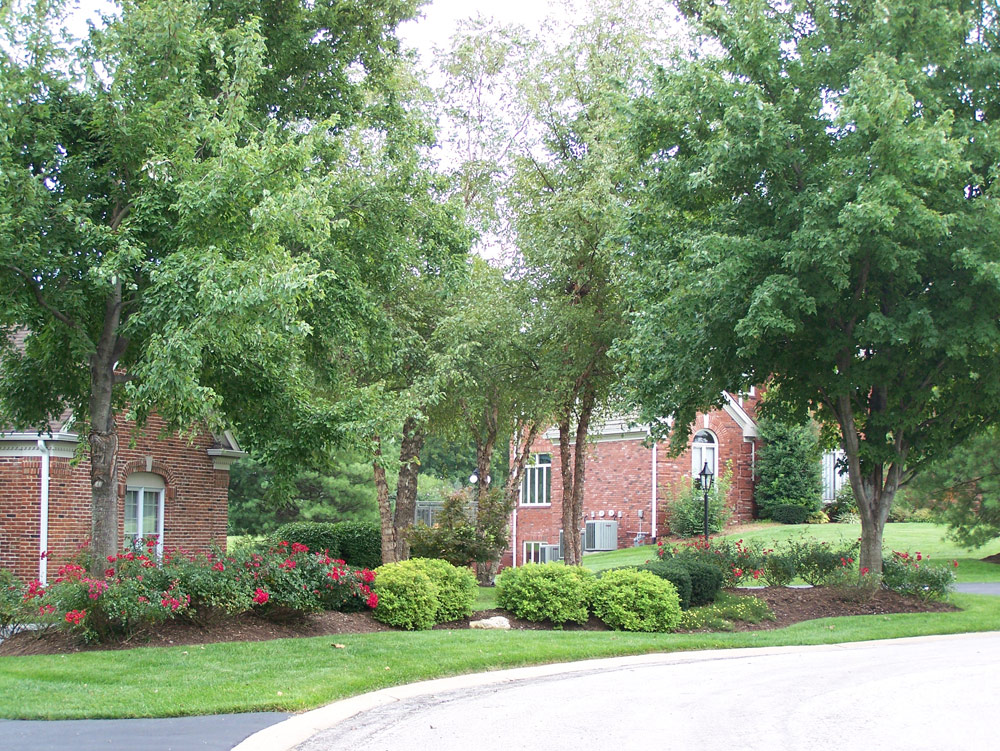 “When the World wearies, and Society ceases to satisfy, there is always the Garden” 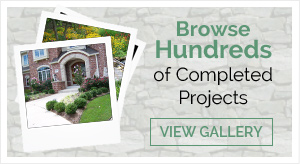 Just wanted to thank you again for all your hard work, efforts and great ideas with my landscaping!! It was so fun to work with you and the crew! I’m already trying to think of more areas that might need some changing!! And thank you for the “Drinking Gourd” Hosta and Astilbe. I will always think of you when I look at them. Thanks.

We had an excellent experience working with SFP. Our designer, Karen, came up with spectacular ideas that exceeded our expectations, and then worked with us (and our budget) to turn those ideas into a beautiful and functional design for our backyard. She was willing to answer many questions and make several changes until we were completely set on a design, brought her team out to ensure the grading and drainage issues would be corrected, and created a beautiful space for us to enjoy. The team was professional, friendly, and tidy. They did an excellent job from start to finish, and clearly took pride in their work, as evidenced by the hours they spent ensuring every rock was placed perfectly. I’m excited to work with Karen and SFP in the future to do our front yard!

Just a note to thank you again for all you’ve done for me. Your sparkling personality, your design knowledge has turned what was a disaster into a livable solution. The yard is great and the space between the houses will be fine. I am so-o-o-o grateful. I prayed for a miracle and I got one! I hope SFP Landscaping appreciates what an asset they have in you.

Karen and SFP Landscaping did a redesign of part of our back yard to help us manage storm water runoff and attract and help pollinators using native plants. She listened to my vision and did not insist on her own. She waited patiently until the right time for the project and then started with the appropriate plantings for fall and winter. She included me in her master plant plan and I knew just what to expect. She followed up in the spring, planted appropriate plants, put in sod, re dug some of the rain garden and checked back and checked back and checked back. I would work with Karen and SFP again without hesitation and I recommend them without reservation.

My mother-in-laws place looks great. Better yet, she is over-the-moon with how the yard looks. Thank you!

It has been a pleasure working with you and I am looking forward to the continuation of our project.

We love our new landscaping-front and back! It is delightful watching the birds, bees & butterflies enjoying the new blooms! Jen, Eric & their hard working crews were knowledgeable and persistent in tackling some tough issues to complete the job. It’s always a pleasure to have your crews working at our home! Thank you so much.

Karen, Salvador, and the team were excellent to work with as we built a new detached garage and landscaped our backyard. They had excellent ideas for Missouri native plants and drainage solutions to account for slope and rainwater. Always so responsive and creative. Highly recommend.

Tell the fellas thank you for the good job they did with my grass. I’m grateful for the extra time they took in picking up those nasty silk worms from the oak trees. Much appreciated!

Great Job!! Your designer and crew did a great job. They were very professional and I enjoyed working with them. Thank you for a job well done.

We have used SFP Landscaping for large projects such as pool patio/waterfall design and installation as well as smaller jobs like choosing, placing and planting trees in our back yard. They have done an amazing job on each of these! Kerman Raine’s design work is really top notch with great videos that allow the customer to see exactly what they are signing up for. The finished projects are as beautiful as the videos! The workmanship is excellent. They come when they are scheduled, complete work quickly and stand by the work that they have done. We recommend them to everyone because we have had so many outstanding experiences with the company.